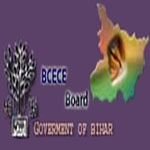 BCECE 2022 Syllabus comprise of various subjects like physics, chemistry, mathematics, biology & agriculture. Bihar Combined Entrance Competitive Examination (BCECE) is a state level exam. This exam is managed by the Bihar Combined Entrance Competitive Examination Board (BCECEB). BCECE is conducted for admission in undergraduate programmes in the field of agriculture & pharmacy courses in Bihar state. In this article, we have updated the complete details about BCECE Syllabus 2022.

Get latest news & updates about BCECE 2022 via SMS and e-mail, by entering your details below:
Please wait...

The BCECE Exam will be conducted in one phase. The exam will be organized on 24th & 25th July 2022. The question paper will be based on the syllabus of Intermediate (I.Sc/+2/equivalent). The BCECE Syllabus 2022 comprises of the five subjects that will be as given below:

Motion of System of Particles and Rigid body:

Dual Nature of Matter and Radiation:

Some basic concepts of Chemistry:

Classification of Elements and Periodicity in Properties:

General Principles and Processes of Isolation of Elements:

If you have any other queries about BCECE 2022 Syllabus, you may leave your queries below in the comment box.