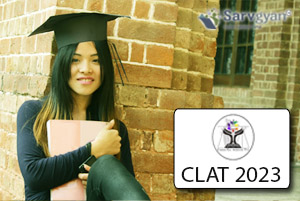 CLAT 2023 Rank Predictor can help candidates to predict their rank in the CLAT examination. The CLAT (Common Law Admission Test) is a national level examination for law students. This exam is organized by the Consortium of National Law Universities. It will be held for providing admissions in UG and PG programmes in the law field offered by NLUs across the country. Here students can check details about CLAT Rank Predictor 2023.

Get latest news & updates about CLAT 2023 via SMS and e-mail, by entering your details below:
Please wait...

Candidates who have appeared in the CLAT 2023 examination will think about how much rank they will be going to score. Here we are providing the CLAT 2023 Rank Predictor, which can help students to get an estimate idea about how much rank they will obtain. Various NLUs across the country consider the CLAT score card for providing admission in law programmes.

Merit list contains the candidate’s details, roll number, scores, All India rank, etc. The score card will be released via online mode. The score card is valid for only one year. Candidates are suggested to take printout of the result for further CLAT 2023 counselling & admission process. After the result announcement, qualified candidates are invited for counselling process.

How to Predict CLAT Rank

CLAT 2023 Cut-Off will be the minimum marks considered for providing admission in various NLUs across the country. The cut-off will be released after the result announcement. Cut-off will also depend upon different factors such as exam difficulty level, number of students appeared in the exam, seats availability in colleges, etc.

Candidates will have to score minimum marks at least equal to the cutoff marks or else they will be prohibited from the admission procedure. Here we are providing the expected cut off of CLAT 2023 exam released by various coaching institutions:

Through this article of CLAT Rank predictor students will obtain an idea of marks they will be securing in the entrance test. With the idea of knowing the predicted CLAT score, candidates will get to know if they qualify to get admission in the law universities in which they want to apply.

If you have any other queries related to CLAT 2023 Rank Predictor, you can ask us by leaving your queries below in the comment box.