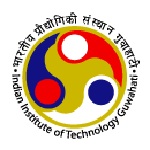 IIT JAM Syllabus 2023 vary as per the courses opted by the students. IIT, Guwahati will be the conducting authority of the IIT Joint Admission Test (IIT JAM 2023) for admission to 2-years M.Sc and other post bachelor degree programmes offered by the IITs. Candidates who wish to take admission into integrated Ph.D programme offered by IISc will also be able to take this test. In this article, students can check details about IIT JAM Syllabus 2023 for all the papers.


Get latest news & updates about IIT JAM 2023 via SMS and e-mail, by entering your details below:
Please wait...

JAM 2023 will be conducted online for all the six papers. The duration of the examination will be 3 hours. In JAM, there will be total 60 questions comprising of 100 marks. The question paper will consists of three sections namely Section-A, Section-B and Section-C.

In IIT JAM 2023 syllabus, will be released by the authority along with the information bulletin. Students will be able to check the syllabus of JAM 2023 for all the seven papers. The seven papers of JAM are Biological Sciences, Biotechnology, Chemistry, Geology, Mathematics, Mathematical Statistics and Physics. Check below the official syllabus paper-wise.

The Planet Earth: Origin of the Solar System and the Earth; Geosphere and the composition of the Earth; Shape and size of the earth; Earth-moon system; Formation of continents and oceans; Dating rocks and age of the Earth; Volcanism and volcanic landforms; Interior of earth; Earthquakes; Earth’s magnetism and gravity, Isostasy; Elements of Plate tectonics; Orogenic cycles.

In MS paper, 40% weightage is provided to Mathematics and rest of the 60% weightage to Statistics.

Bioinorganic Chemistry: Essentials and trace elements of life; basic reactions in the biological systems and the role of metal ions, especially Fe2+, Fe3+, Cu2+ and Zn2+; structure and function of hemoglobin and myoglobin and carbonic anhydrase.

If students have any query regarding IIT JAM Syllabus 2023, they can ask us by commenting below.