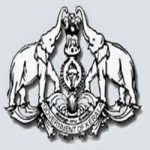 Kerala Polytechnic 2020 Final Rank List has been released on 28th October 2020 for 1st year diploma courses. The authority has released provisional & final rank list of the candidates on different dates. Department of Technical Education, Kerala is the main authority which organizes Kerala polytechnic admission process. This process is conducted for providing admission to different polytechnic courses in Kerala State. Admission into diploma courses will be based on the grading in SSLC/THSLC or equivalent examination. In this article, we have updated complete information about Kerala Polytechnic Result 2020.

Get latest news & updates about Kerala Polytechnic 2020 via SMS and e-mail, by entering your details below:
Please wait...

The authority has not sent any result/rank list to any candidates by post or email. Candidates may check it by entering their application number & date of birth. Along with the announcement of the provisional rank list, a trial allotment has been done.

With the help of trial allotment, candidates can get an idea about chances of getting allotment into course & college based on options filled in the application form & rank.

Candidates can verify their rank lists & satisfy themselves regarding position in the list such as eligibility for community/special reservation, inclusion under different categories, option details submitted, etc.

After a completion of the application process, the authority has declared the provisional rank list via online mode. It has been announced on 4th September 2020.

The final rank list along with allotment list has been declared on 11th September 2020 (LE). After declaration of the final rank list, selected candidates have to report at the colleges till given date. Kerala Polytechnic Counselling has been started after the release of merit list.

How to Check the Result

The rank list is prepared on the basis of the marks obtained by the candidates in the examination.

Resolution of Tie while Ranking

If you have any other queries about Kerala Polytechnic 2020 Result, you can ask us by leaving your comments below.