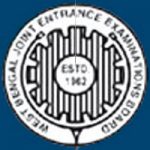 WBJEE 2022 Syllabus can be checked online for combination of Mathematics, Chemistry and Physics. WBJEE 2022 Examination will be manage by the West Bengal Joint Entrance Examinations Board. WBJEE is the state level entrance examination for the State of West Bengal and qualified candidates will get seats in Govt. and Private colleges across the West Bengal. WBJEE is Intended to offer admission in various UG courses in the field of engineering, technology, architecture and pharmacy. Here, we are providing details about the WBJEE Syllabus 2022.

Get latest news & updates about WBJEE 2022 via SMS and e-mail, by entering your details below:
Please wait...

Before preparing for the exam, candidates must be aware of the WBJEE syllabus. In this examination, questions will be asked from physics, chemistry and mathematics subjects. Candidates must check the detailed syllabus from below:

Co-ordinate geometry of three dimensions: Direction cosines and direction ratios, equation of a straight line, equation of a plane, distance between two points and section formula, distance of a point from a plane.

Polynomial equation: nth degree equation has exactly n roots (statement only), Relations between roots and coefficients; Nature of roots; Formation of a quadratic equation, Quadratic Equations: Quadratic equations with real coefficients, sign and magnitude of the quadratic expression ax2 +bx+c (where a, b, c are rational numbers and a ≠ 0).

Application of Calculus: Tangents and normal, Determination of monotonicity, maxima and minima, conditions of tangency, Differential coefficient as a measure of rate, Geometric interpretation of definite integral as area, Motion in a straight line with constant acceleration, calculation of area bounded by elementary curves and Straight lines, Area of the region included between two elementary curves.

Principle of mathematical induction: Statement of the principle, sum of cubes of first n natural numbers, proof by induction for the sum of squares, divisibility properties like 22n — 1 is divisible by 3 (n ≥ 1), 7divides 3 2n+1+2n+2 (n ≥ 1).

For any other queries about WBJEE 2022 Syllabus, you may leave your queries below.