There is a wish in many youngster’s heart, “to be an actor or actress”. Whenever we thought deeply about the glamour and fame, we visualize the Bollywood or Mumbai in our vision.

The youngster who think to find the peak in acting and movies field, they have one biggest query that ‘how to become an actor or actress’. Generally ones have no idea because they have no experience.

Get Latest Career Notification about Acting Courses, by entering your details below.

“Acting” is a sort of performing art. But it is more than art as it is a talent. An actor can bind the audience with a chair with his performance. “Acting is an art of express and to perform the different emotions”. 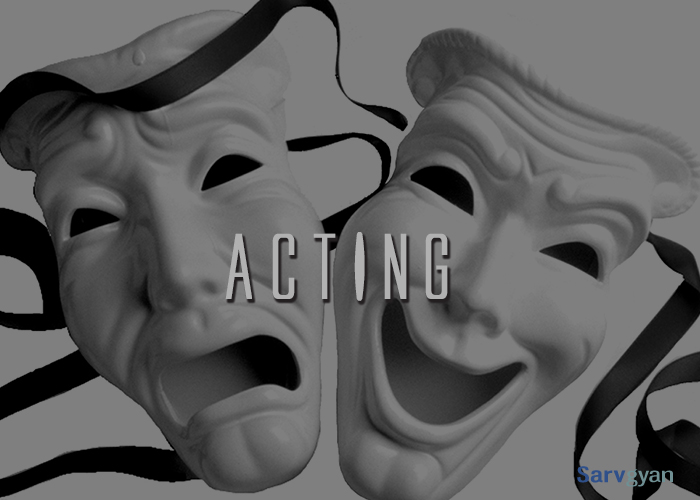 The ones who wish to get the career in acting usually undergo the modelling. I understand that this is also a link to the acting but not the proper way.

If you still want to choose the career in acting, you need some basic requirements in your gene like:

Many of our celebrities has been opened the classes and schools for providing the training and short-term certificate and diploma course in acting.

As we have discussed that this is a type of performing art. There is just one degree in performing art and drama which offers by the few of schools of arts.

There is no requirement of a degree course to become an actor or actress. You should have a zeal for this and you may go for the short-term, certificate and diploma courses offer by the various small and big banner schools in India.

As acting is a sort of performing art but it doesn’t mean that only arts students can go for this. The students who are having Science or Commerce stream in 12th standard, they can also go for acting courses if they are really interested in it.

To get the admission in the career in acting you should have to sit and think that are you able to work hard. This is very hard to get the stand in this field. You may have good memorization, communication skill and passion.

For admission, you may search one of the best schools of acting, get the contact, follow the admission criterion, filling the form, pay the fees and get a good start. After the completion of the course you search the right and valid agent and search the career in various related industries. Some of the schools provide the opportunity to work in add films and TV serials.

It is an ample of job opportunity field but it is a more competitive field. You can start your career right from the Bollywood or TV channels. The TV channels are growing in order to the several popular TV serials, game show and reality shows.

There is no age bound to work in the acting field. You may be a child, young or old person. An actor may play a lead role in any serial as per the physical features and experience and skills. Beside the lead role he/she may play the side role, negative role or family or friend role.

A movie or serial or add is not the task of one person. To make a movie, more than 2000 people work as the vital role. And you may be out of them.

There is a good opportunity to work in Bollywood, Hollywood and Tollywood with various big banners and with various famous like Salman Khan, Katrina, Saif, Karan Johor, Saroj Khan, Akshaya Kumar and many more.

The job profiles of this field are:

After the completion of this course, you can get the job opportunity in:

In Bollywood, a movie lead actor has no bar of salary or payment. You know very well, and we know also.