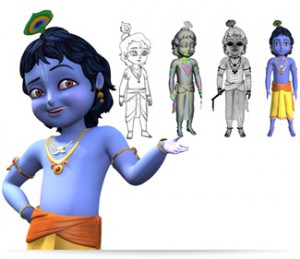 “Animation” is one of the most popular and sought fields of multimedia. The professional education in Animation wasn’t very popular field in our country. But since the last ten to twelve years we are very developed in animation field.

“The animation is related to an art field in which we create the characters and passing the numerous subsequent frames rapidly so that it looks like a consequently movement”.

Animators are the artists who are specialized in the field of animation. An animators creates multiple images and give them the illusion of motion when displayed in rapid sequence. The method and way of creating images depends on the animator’s creativity and artistic styles.

James Stuart Blackton was the British filmmaker who created the first animated film in America and uses the techniques of stop-motion and drawn animation and thus known as the “Father of American Animation”.

The first Indian 3D animated film was Roadside Romeo. It was the joint venture between Yash Raj Films and the Indian division of the Walt Disney Company and directed by the Jugal Hansraj.

After the completion of all play you may put the voice and audio effects in the film. Now the animation is developed in various dimensions like 2D, 3D, clay animation and puppet animation. 3D animation make the use of computer graphics while 2D animation is used for stylistic, low bandwidth and faster real time renderings.

Get Latest Career Notification about Animation Courses, by entering your details below.
Please wait...

Animation is a tool that gives life to a character. It is totally computerized field. The animation is sweet illusion that takes us in the world of cartoon and fairy tales. It is basically used for entertainment purpose.

Animation and cartooning are inter-related to each other. The distinction between these two fields is that cartooning is just to draw a sketch of character. It is a form of art, like painting or sculpting. On the other hand, Animation is the art of breathing life into these characters. It can be done with the help of various modern computer based sequencing techniques.

To become a successful animator, you must have the following skills:

There is a range of courses in animation and multimedia field. The students who wish to pursue the animation course after 12th or wish to get the job opportunities in this field, have to go for a diploma or a graduate courses.

The courses of animation cover the basic knowledge of computer operation, sketching, designing, and framing, application of the software, editing, rendering and movie making.

To pursue degree and diploma in animation, the minimum academic qualification required is 10+2/intermediate passed with minimum 45% marks.

The professional education in ‘animation’ has three levels of study after 12th as the following:

For the admission to the professional study of animation & multimedia, students must have passed the 12th standard in any stream. Various institutes are prospected the entrance examination for the admission in graduate degree.

The students who wish to be an animator should have a good hand over sketching or art. It is a field of software, computer and application. It is necessary to have proficiency in computer in order to pursue career in animation field.

Animation Industries in India is quite large and growing at a rapid pace. The animation field offers exciting career options. You can choose any of the specialization and work profile depending on your expertise.

The job profiles of this field are:

After the completion of this course, you can get the job opportunity in:

The employability in this career is very satisfactory. It is a good paying professional course. Salary in this field depends on the skills and creativity of ones.

Here, we are providing some books that helps you to learn about animation. You can go through these books and get knowledge in this field. The names of the books are as follows:

If you’ve any queries related to animation, you can leave your queries below.