Yes, then the career of Geologist or Earth Scientist is for you.

A “Geologist” is a specialized type of Scientist who understands the history of the earth that includes solid and liquid matter that constitutes the Earth.

Geologist is also known as a Geophysicist, Geohydrologist, Engineering Geologist and Earth Scientist.

In a simple method we can say that:

“Geologist is a Scientist who studies about the Earth structure, how it is made, its origin & its history.”

Geologists are also involved in exploration for mining industries in search of metals, oils, and other Earth resources. 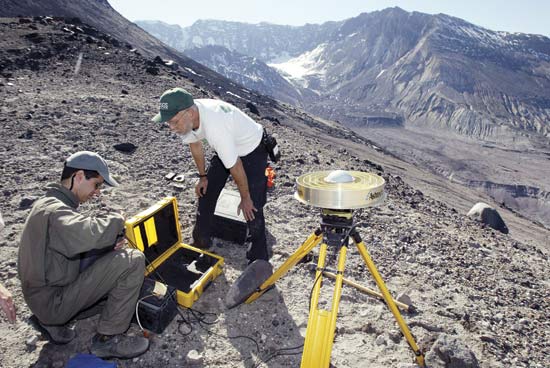 “Geology is the scientific study of the Earth in which we studied about Earth’s materials, what it is made of & processes that affect them over time.”

The first geological map of the U.S. was produced by William Maclure in 1809.

Get career tips in Geologist through email or sms by filling this form:
Please wait...

In India, various universities & Institution offers undergraduate, postgraduate & a doctorate degree in Geology. You can pursue the given courses to make your career as a Geologist.

Candidates may also check career and scope in Mining Engineering.

Undergraduate Courses: The duration of these courses is three to four years.

How I become a Geologist?

College’s in India that offers UG & PG courses of Geology are:

Where do geologists work?

The job opportunities for geologists are increasing day by day. After getting the degree from reputed institutes or universities, you can work both in domestic as well as international arena.

To become geologist student have to be the bachelor’s degree as required qualification. The other skills required within you to become successful geologist are:

There are many other area where you can work like mineralogy, volcanology, hydrology or oceanography. Those working in environmental geology can work for private companies or consulting firms to help them in manage water resources.

Geologists can work in the industries related to mining, oil and gas, minerals and water resources. They can also employ in the college and universities as a teacher.

The course is perfect for someone interested in working on projects related to earth. This includes the exploration of minerals, protection of the environment exploration of oil, managing resources and many more

Most of the geologists are self-employed as geological consultants or work with environmental consulting firms. The U.S. Geological Survey or Department of Energy employed the geologists for research and solving problems assignments.

Professional geologists work in a wide range of private firms and government organizations. They are usually employed on an agreement basis or hold permanent positions within private firms or official organizations (like as the USGS).

Some geologists are hired by the Local, state, and national governments work on geological projects. In upcoming years, the scope and job prospects in geology field will increase according to U.S. Bureau of Labor statistics.

In India, the starting salary of the Geologist arises between Rs. 2.5 Lakh to Rs. 3.5 Lacs per annum in both private and public sector. The salary will be on their proficiency, designation & experience in the particular area. In Government area, Geologist can earn handsome salary package of approx. Rs. 9.5 lakh per year. In abroad, the median salary for Geologist is $91,920.

For more information about Career as Geologist, you can ask your queries below.