Dipa Karmakar has created history by becoming the first Indian Woman Gymnast to entering into the women’s gymnastics vaults finals. The 23 yr old Tripura girl, managed to perform “Produnova” vault and secured 14.850 points after two attempts. Overall she has scored 14.950 which is good enough to grab a place in the finals scheduled for the 14th August (Sunday). 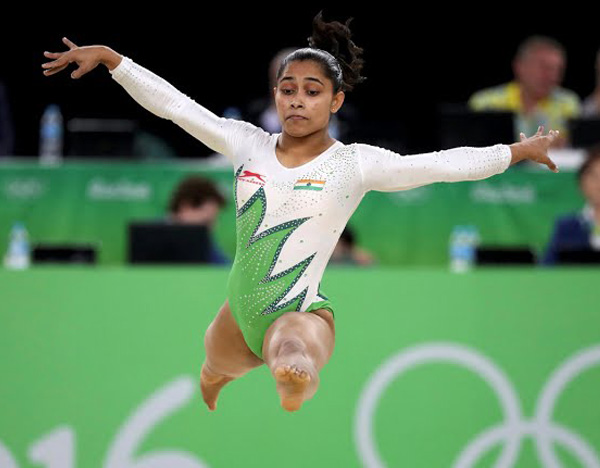 Dipa Karmakar has won many state level to national level competitions. In her sport career journey since 2007, she has won several medals in various competitions. In account of her medals she has bagged total 77 medals out of them 67 are gold medals. One should remember she has won bronze medal in Hiroshima Asian Champion Ship (2015). She has finished 5th place in World Artistic Gymnastics Championship in 2015 in Glasgow Commonwealth Games.

At Rio de Janeiro, the venue of RIO Olympic 2016, is a sight point for many Indian sports personal participating in various sports category. The Tripura girl, Dipa Karmakar is also a strong contestant participating in RIO Olympic 2016 and keeping an eye over gold medal for her country (India). All Indians are feeling proud of her achievement as securing the place in final schedule (14 August).

We wish her best of luck for her final round and hopeful that she may bag the Gold medal for India.