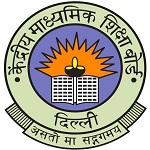 CBSE 12th Compartment Result 2022 has been released on 7th September 2022. The result has been released by the CBSE board through online mode. It has been announced by the Central Board of Secondary Education (CBSE) board. It is the main authority which conducts CBSE board class 10th & 12th examination all over India. The board was formed on 3rd November 1962. The main head office of CBSE board is situated in New Delhi. Through this article, students can get complete information about CBSE Class 12 Result 2022.

Get latest news & updates about CBSE 12th Result 2022 via SMS and e-mail, by entering your details below:
Please wait...

Students should check their results through online mode on the official website. For the ease of candidates we have provided the direct link to  access the result of every individual candidate. Students can check it by entering their roll number, school number, centre number and admit card number. It has been announced for all 3 streams, i.e. science, arts & commerce.

In this table, we are providing last few years result analysis of class 12th:

According to the given table, the total numbers of appearing students are increasing year by year.

In the year 2016, the passing percentages of girls were increased as compared to previous years.

Let talk about result analysis of 2017, in this year, total 10,98,891 students were sitting in the exam out of which only 9 lakh students qualified the examination. The passing percentage of this year was 82%.

In the year 2018, 1186000 students appeared in class 12th CBSE board examination out of which 83.33% overall students got passed. The qualified percentage increased as compared to year 2017.

How to Check CBSE 12th Result

Students should follow the given steps to check the CBSE 12th Result 2022:

After the announcement of the CBSE Class 12 Result 2022, qualified students can get admission to the respective college & course.

In case, students fail in the examination, they can apply for the compartment or the improvement examination option.

Regular students who have appeared in the examination through schools affiliated to the Board & announce as COMPARTMENT. They are eligible to appear only in one subject in which placed in compartment. If candidates fail in two examinations, then they will consider as a fail candidate. The CBSE compartment Result 2022 has been announced on 7th September 2022.

Students, those appear in 6 subjects in 12th examination & declare as PASS. But they could not pass one subject, they will appear in that subject in September 2022 Examination as an Improvement category.

If you have any query about CBSE 12th Result 2022, you can ask your query in the comment box.